I was recently asked about my thoughts on the “Moonlight Convention” held in late May 2008 in Los Angeles.  The convention was a celebration for fans of the TV Series “Moonlight” which ran from 2007-2008.  At the time of the Convention I was running “Alex O’Loughlin Fansite” (alexoloughlin.org) and wrote up a report on the website.  Since then I’ve stopped running that site and no longer have the content, other than photos.   I decided that I’d try to gather my thoughts and photos here in an attempt to remember that fun weekend!
The convention itself had some ups and downs, but thankfully the worst “down” (finding out that the main organizer was a con woman who ran off with a lot of money) wasn’t really revealed until we were all home so it didn’t ruin the event.  I think back on the trip with bittersweet memories.  First there was the whole “cancellation” thing hanging over our heads. We had been “promised” by various people involved in the show that the series would be renewed.  We knew nothing was certain, but it still hurt when shortly after the convention.. Moonlight was indeed cancelled.  In retrospect, I’m happy we didn’t know about the cancellation until after the convention.  The other bittersweet memory for me is that I made a lot of friends in the Moonlight fandom and over the years, for various petty reasons I’ve lost contact with many of them.  I’ve still do keep in touch with a few people from those early days and I’ve made new friends through the more general “Alex O’Loughlin” fandom, so it’s all good.
Below I’ll share my photos and thoughts on the various aspects of the Convention and related activities.  I feel bad that I don’t remember a lot of the names, so I’m not labeling any of the photos.  I also can’t, off the top of my head, remember names of specific episodes.  I’ll try in the future to figure that out and label the photos more specifically.
There was also a big “formal” event on Saturday night with dinner and music and raffles. Sadly,  I don’t have any photos from that event.
I do still have my “favor” .. anyone want an M&M??

Atmosphere
The Convention was held at the Westin near LAX.  I think most of us stayed there. On the night of the meet and greet, a bunch of us had cocktails in one of the suites and Harry Werksman, showrunner, joined us. He brought us the “Fraternity Paddle” used in an episode of the show.  We had fun with the paddle!


Tattoos
A group of us rented out an LA Tattoo parlor for the day.  Some people got a special tat that was designed for the convention.  I went a more conventional route and got a celtic heart tat that I had always thought about getting.  A few of the women got really large tats across their backs. They were beautiful.  We had a blast that day. The employees of the parlor were wonderful.


WB Studio Tour and “Protest”
Prior to taking the studio tour.. a few of us misguided fans stood out in the rain, in front of the WB gates, with signs asking for “Moonlight” to be renewed. Obviously it was a waste of time!! LOL.   (*note : the two photos of us protesting are not my photos. I can’t remember who gave them to me)


The WB Studio Tour was wonderful.  It was interesting to not only see sets used for Moonlight, but also to learn what other shows the same buildings were used in.  Many of the “Moonlight” sets were used in “St. Elsewhere”.  I recently found out that the house used in the Moonlight episode “What’s Left Behind” flashbacks , was also the Gilmore Girls house!!  Beth’s apartment building was also Dr. Green’s house in “St. Elsewhere”.  The yellow house used in Moonlight (Mick jumped off roof) was also the “Lane House” in Gilmore Girls.
Towards the end of the tour, they took us to see the “Interior” of Mick’s apartment.  That was a wild experience to stand in his apartment.. or to stand right outside the door where many “MickBeth” scenes occurred.   They didn’t allow photos.. and while some people snuck them, I was to chicken to do so. 🙁
As I mentioned, I’m not going to be able to remember right now which episodes all of these sets were used in..so I’ll only make notes on the ones I remember. 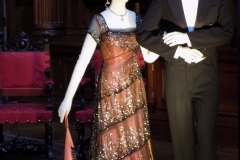 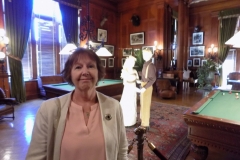 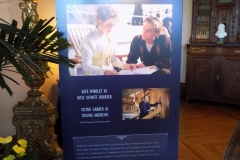 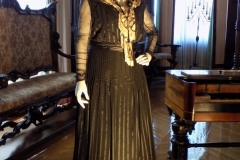 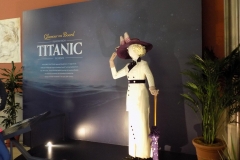 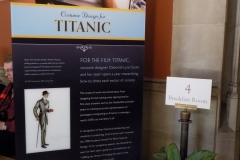 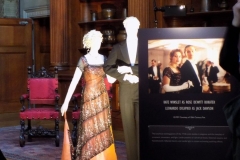 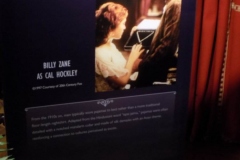 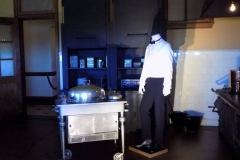 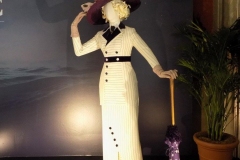 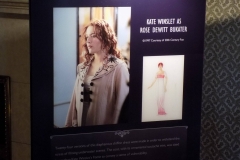 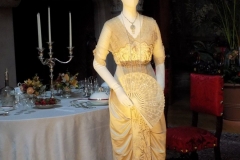 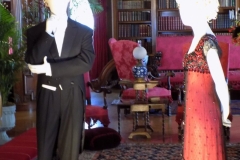 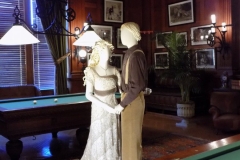 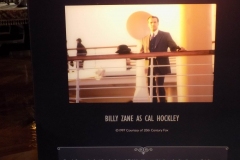 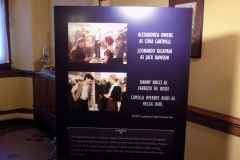 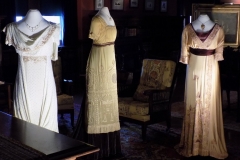 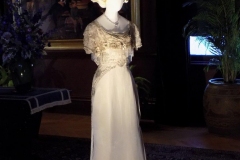 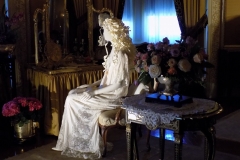 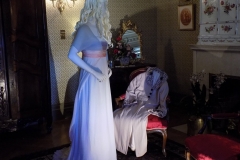 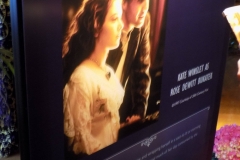 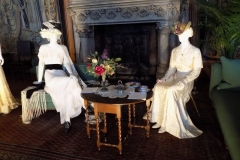 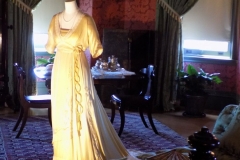 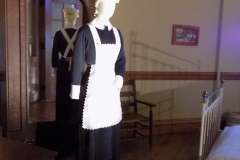 Meet and Greet
On the first night of the Convention, there was a “Meet and Greet” for everyone attending.  “Moonlight” showrunner, Harry Werksman, and writer, Kira Snyder, also attended. They were the star attraction, especially Harry.  As the night went on and more drinks were consumed.. Harry’s stories became more “interesting”.  The funniest was when he said that Alex was “hung like a Moose”.  A few of us just stood there with our jaws dropped thinking.. “Oh wow, we will never be able to keep this off the internet!!”


Panel Discussion
The main convention event was the discussion panel with writers Kira Snyder and Ethan Erwin.  There was another woman and I can’t for the life of me remember who she was. Let me know if you remember..and I’ll update!!

All in all, I am so happy that I attended this event. It was a great way to celebrate the series that brought so many fans together.. and was the start of Alex O’Loughlin’s career really taking off.

If you got to this page via a link on the Ladies of Lallybroch, this is the link to the photos from the gathering..

I started this blog on another domain name that I wasn't happy with. I decided to switch domains and start over

I moved all of my sites to a new server and was able to get this blog on the domain that I wanted.